Having A Panic Attack On A 9,000 FT Mountain

I was really on the fence about whether or not I wanted to share this with the world, but I’m sure there’s someone out there who can benefit from me being vulnerable about this.

So, as I mentioned in my last post, I took a trip to Oregon at the end of September. I got back a couple weeks ago, but I’m finally over the embarrassment of having a panic attack and wanting to unalive myself on a mountain in Oregon. Thankfully, no one (except my brother) was around to witness it.

So, my trip was to Central Oregon in the Cascade Mountains. I decided that since I was in the mountains, I was going to hike a mountain. I did absolutely no training and I have never hiked a mountain before, not even the smaller ones over here on the east coast.

So for my first ever mountain hike, I pick Mount Bachelor. I read the AllTrails reviews and there were comments like “easy for a summit hike” and I was like, psh, I can do that. It was only a 6.5 mile hike and I hike that mileage in Connecticut. But, I was in for a rude awakening.

The thing I didn’t account for was the elevation and its lack of oxygen as we got higher and higher up the mountain. I literally felt like I could not breathe and it triggered a LOT of anxiety. My brother wanted me to keep going, but I wanted nothing to do with it. My anxiety had taken over my head.

At one point, I made my brother carry my backpack for me because I thought having less weight would help. It did at first, but soon, the anxiety came back and the feeling of breathlessness was bound to bring on a panic attack, I’d dealt with it before when I used to lift.

I kept pushing, but I started to hyperventilate. Then, the full-blown panic attack came and I begged my brother to go on without me. I told him just go to the summit without me, I knew nobody else was stupid enough to hike this mountain for a sunset besides us so I knew I probably wouldn’t get murdered. As much as he didn’t want to abandon me, I finally convinced him to go.

I made it to 8685 feet before I called it quits. I had just over 300 feet in elevation to go, but I just didn’t want anything to do with it anymore. I wanted to start heading down where there was more oxygen. If it wasn’t so close to getting dark, I would have had more time for breaks instead of hauling ass up a god damn mountain to make it to see the sunset.

I tried to wait for him because he had our floodlight to navigate down the mountain in the dark, but my hands were starting to get numb because it was so cold towards the summit. So, I called my brother (because we were so lucky to have service, it was the only reason he agreed to separate) and told him I was going to head down as much as I could while it was still kind of light.

It ended up getting dark and I was hiking alone in the dark down a mountain with just my crappy phone flashlight to guide me. What a time. Thankfully, my brother caught up to me quickly because he must have been literally sprinting down the mountain.

By the time we were heading down the mountain, my entire body hurt (not even an exaggeration). I quite literally wanted to just lay on the ground in the dark and just be left there to die. I had similar feelings on a MUCH shorter hike in the Berkshires at Bash Bish Falls, but at least then, my entire body wasn’t in pain. I just really do not like steep inclines.

But, I kept going as much as I didn’t want to and we did eventually make it to the bottom of the mountain alive. However, I was in so much pain, I made my brother drive us the 20 minutes back to the resort we were staying at. He suggested I stretch before getting in the car and just moving my limbs around to try and do that was agonizing.

But, I survived to tell the tale. That was on our very first day of the trip and even though my entire body hurt that night, I ended up not being sore the next day and I continued to hike all week. Just, I didn’t do anymore mountain hikes until the last day when I hiked the mile down to the shore of Crater Lake and then the mile back up (which was hell and I wanted to give up, but I had no choice but to go back up to get to the car).

After that, I learned that I should train next time I want to attempt to climb a mountain and that if I do climb a mountain again, I shouldn’t do a sunset hike where I don’t give myself enough time for breaks. Hopefully those lessons stay with me because I feel like I definitely learned them the hard way. 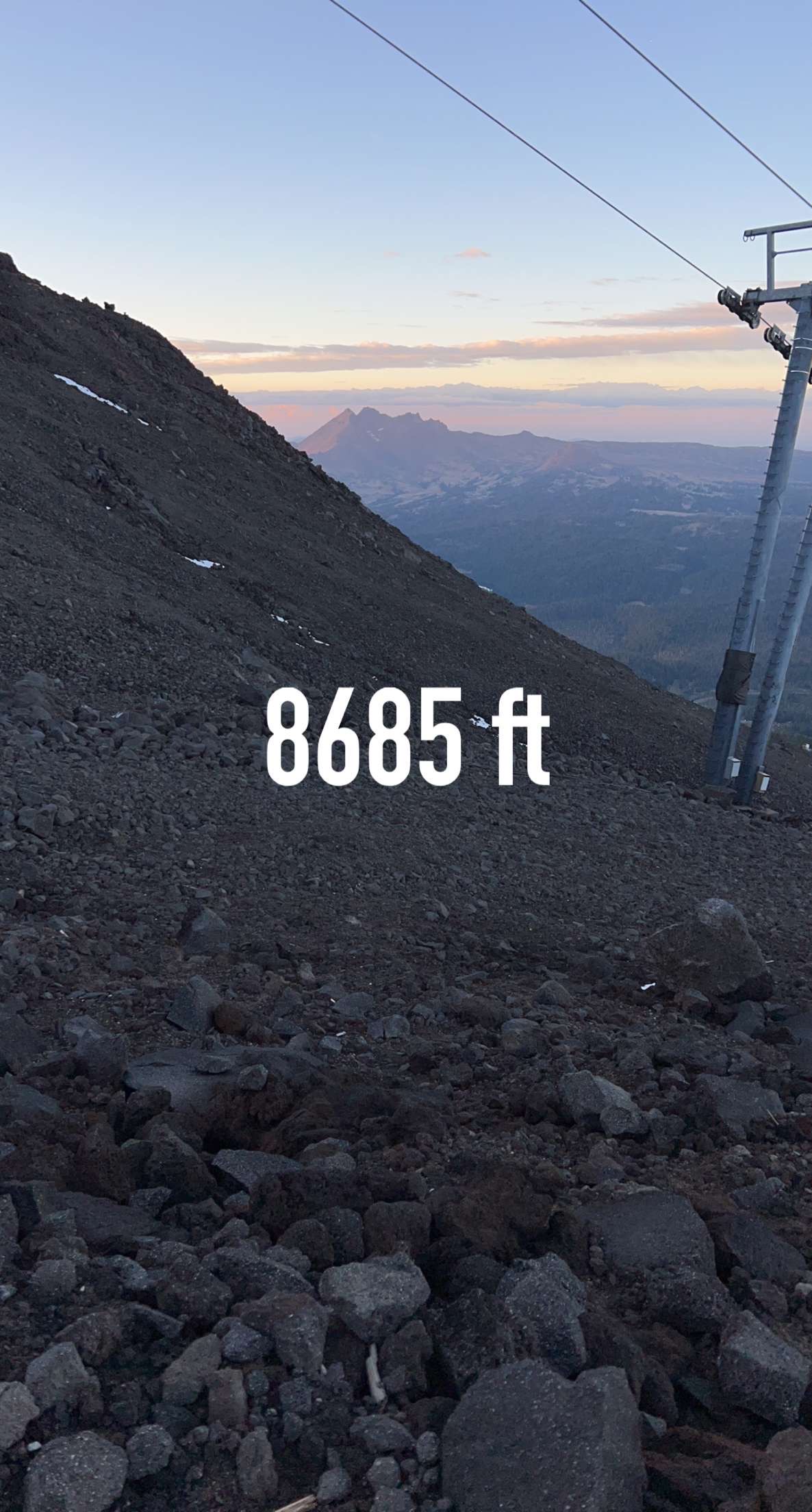