It’s no secret we are dealing with severe inflation, and it’s definitely having an impact. I live with my boyfriend. And yet, even though I have someone (with a great paying job) to split bills with, right now, it’s still not enough. Neither of our incomes have gone up with inflation, so even with the team work, we are both barely keeping our heads above water as we are quickly hurdling towards an inevitable recession.

I’m now at that point where I’m like welp, I can’t afford to put gas in my car, so I can’t really drive anywhere. Going for a drive used to be a form of self-care for me as well as taking small day trips out of state to escape the mundane life of working from home day in and day out. So between having some of my self-care practices now impossible and the fact that I can barely afford to keep myself alive, it’s understandably having a pretty negative impact on my mental health.

It’s not uncommon these days to get an email or a text saying my card was declined for a bill that’s due. It’s not uncommon to get notifications that I’m getting close to exceeding my credit card limit, or that I have in fact exceeded it.

Before this inflation thing happened, I always had a fear that I would not have enough money to make it on my own. Because of that, I always forced myself to work work work multiple jobs and side hustles to try and ensure I had enough. Hell, my family has been saving bottles for me for years and I redeem them for cash. I did all that work and now my worst fear of not having enough money is my reality.

For a while, I stopped all the side hustles simply because I didn’t have the time or the energy. I got tired of running myself into the ground. But, now I’m at a point where it’s not an option to not hustle to try and just make ends meet. The problem is, my side hustles have always been selling clothing and nobody really has the money to buy things that aren’t necessities right now.

Yesterday when I went grocery shopping at Aldi, there was a cart in the parking lot that someone had left, and I actually brought it back not because I was being nice, but it was because I wanted the free quarter that was in the cart. It’s scary that I am feeling that desperate.

As much as it embarrasses me to share all of this, I’m sharing it because I know I’m not alone. I know there are others dealing with this. These are scary and stressful times. It’s having a huge impact on us all both financially and mentally. We can’t save. We’re gaining debt. Being a young adult trying to survive on their own was hard enough before the inflation happened. I’m just hoping we’ll all be able to recover from this. 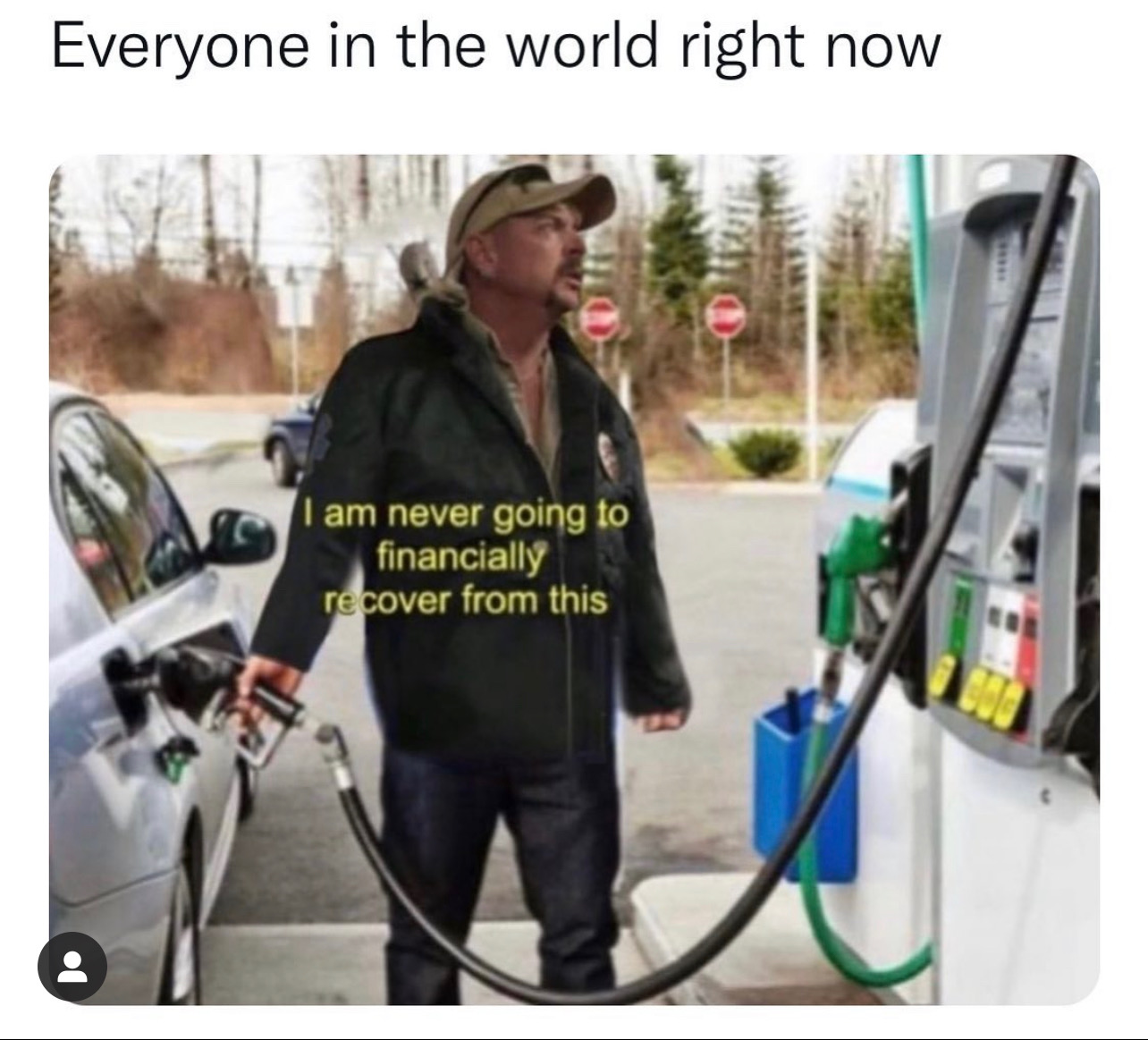