There’s a monkey that lives with me, but unlike everyone else, he’s a permanent resident; forever. Forever meaning this monkey has apparently made himself at home on my back until I die. I can’t evict him, I can’t keep him in a cage, and he breaks every house rule I give him. His name? I don’t even give him enough recognition to name him. For now, his name is The Monkey.
As cute as it might sound to have a furry monkey, his overall objective is to literally murder me and those around me. How? Through negative and positive words, actions, and thoughts towards me that he preoccupies himself with 24/7.

The Monkey has been living on my back since birth, but he slept and hadn’t woken up until I was 17 years old. A couple moments before age 17, he switched positions a little bit, opened one eye, and maybe sat up a few times but continued to stay asleep. When he finally did wake up, it wasn’t gracefully or peaceful, instead it was an evil happiness. He awoke suddenly, made a lot of noise and tricked me into thinking that he was my new best friend. I welcomed him at first, but he shortly showed his true colors, one color at a time.

The characteristics of Monkey is all over the map. He’s happiness, sadness, love, hate, honesty, control, manipulative, sneaky, attractive, ugly, confusion, strength, and mostly he’s one of the best liars I’ve ever encountered. The worst part about him is that no one, including myself, can predict his next move. Sometimes I’m a little ahead of him, but for the most part, he’s impossible to ignore.

I know this monkey is a male because he has power and authority over me. I’ve discovered in my life that men rule over me. Some are great men, like my stepfather. Others, like this monkey, are not, at all. I have no choice but to allow him to have power over me, but I try to disobey him. I was taught before I could even crawl, that I must obey my parents. I was fine with that, but the only way to survive with this guy on my back, is to disobey him every chance I can.

The Monkey I speak of, he does have a name deep in his heart that his parents must have given him when he was born. His first name is Addiction, his last name is Heroin. 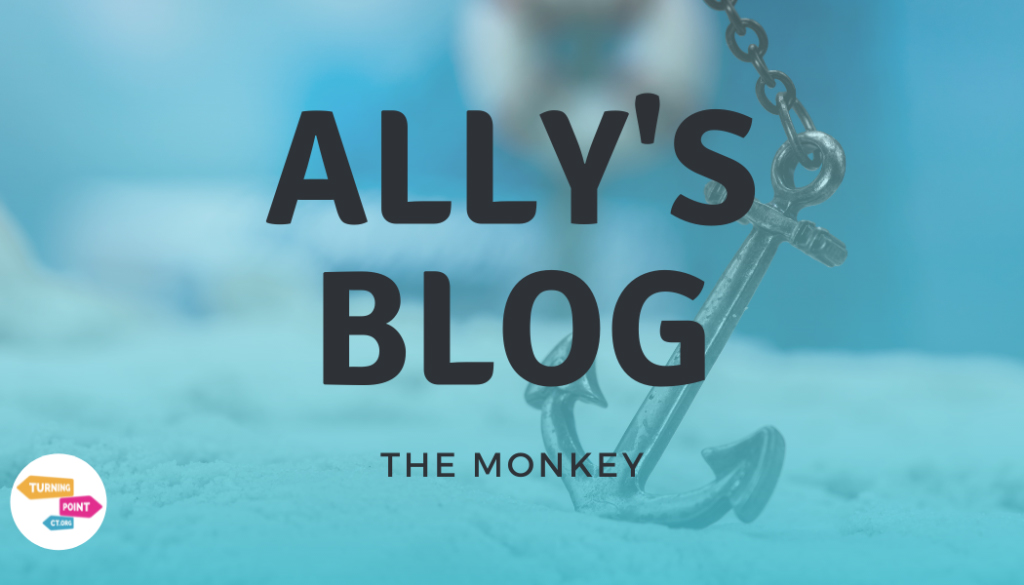 5 Replies to “The Monkey”