Trying to be perfect in an imperfect world

I am a perfectionist.

Many people may believe that perfectionism is a good quality to have. Yet those who live with unrealistic standards and crippling anxiety understand the plight of someone who sets standards they cannot possibly reach, and the sorrow of the continuous failure and disappointment they must deal with when they believe everything must always be perfect. This is what it feels like to be a perfectionist…

When I was a little girl, I had so many ideas about what my life was supposed to be like. I thought everything had to be perfect; especially me. I had a carefully arranged and thoroughly thought out plan of what perfect was. When things deviated from that, I fell apart.
As I got older, it became harder and harder to live up to the expectations I had created for myself. People rarely lived up to my ideals. Slowly, this began to break me.
It was strange, the way I fell apart; in many ways, my demise was self-created. Yet, even with a sense of recognition, I could not stop myself. It was a cycle that I had made with my own two hands, stepped in willingly, but could not find the strength to jump out of. My brain had begun to betray me at a young age and has not stopped since.

I remember being in Elementary school, and deciding quite concretely what it took to be ‘successful’, which was synonymous with being ‘good enough’.

I had to get good grades, which meant I had to get all A’s because being good enough wasn’t good enough and in order to succeed, I had to be the best. When I graduated High School with my perfect grades, I had to go to college. But not just college; I had to go to Harvard. I had to follow the expectations I had set, and thrive within the pressure cooker I had built around myself. If I faltered in even small ways, it was a massive, unforgivable failure on my part. And worse than failure was being a disappointment, which was, by all means, the absolute worst thing I could do.

Unfortunately, the world did not follow the standards I expected it to, and I felt powerless to change it. I could not stop my mom from dropping me off to school late every single day, yet I still cried like a baby and yelled that I would never go to college if I couldn’t get to second grade on time. People would put things back in the ‘wrong’ place, and I would crumble. I, like everyone in the world, would lose control constantly. Yet, unlike the rest of my peers, I seemed unable to swallow this and move forward without first falling to the floor in a puddle of tears, or hitting my head against a wall, or screaming and screaming until my little lungs cracked and burned.
As I got older, I began to reason that if things were imperfect, out of my control, or lower than my standards, that rather than accepting the loss of control and disappointment, I would willingly fail. Willingly handing over my power was easier than having it fall from my grip, despite my efforts.

Now, I am no longer a little girl.

I still struggle with the expectation of perfection I unconsciously set for myself. Yet, consciously I fight the notion and try to set new standards.
If I ever spoke to Willow the way I used to speak to myself, my heart would shatter into a million pieces. If she ever spoke to or thought of herself in the way I used to think of myself, I don’t believe I could carry the sadness that would veil my heart. So instead of teaching her to love herself, I will learn how to love myself. She will watch her mom be kind and forgiving to herself, see how she accepts the ebbs and flows of life, and witness her open her palms to the universe to receive what is handed to her. And with time, she too will do the same.

My mom and me in my Great Aunts’ house in Jacksonville, FL.

Me, in my favorite hat

My beautiful daughter, who is and will always be perfect simply for being herself 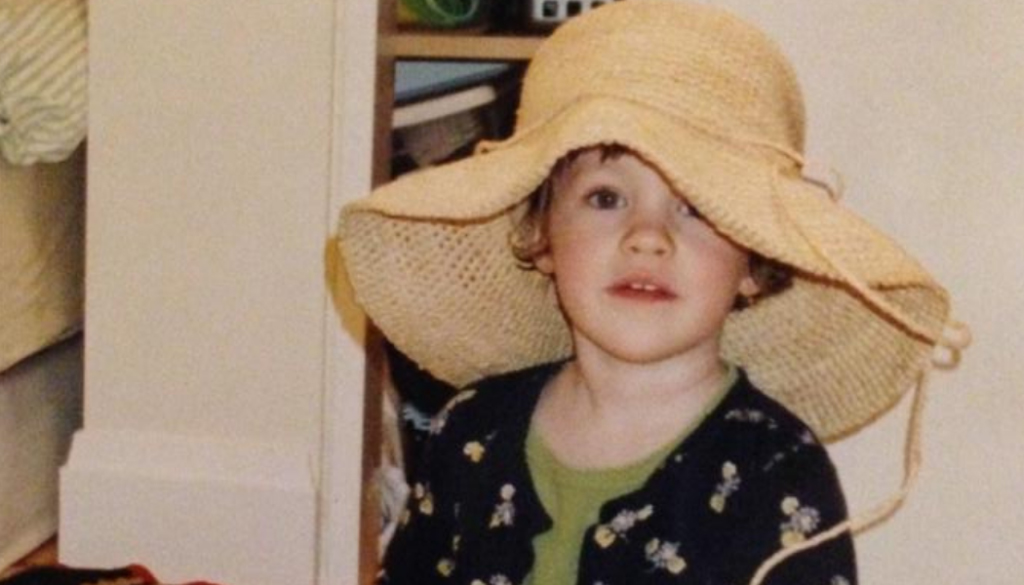 One Reply to “Trying to be perfect in an imperfect world”